World-class wilderness and tactical survival training available in Jacksonville, Florida. With easy access for all of North Florida and Georgia.

Our Base Camp property lease has expired, and we were unable to renew it for 2022. We are currently seeking new property to establish a base camp and run classes in the Jacksonville, FL. area. If you have property or know of someone with property (at least 10 acres) in the Jacksonville area that would be willing to work with us, please send us an email with details!

At our Florida location, courses are currently suspended while we seek property to establish a new base camp for operations. 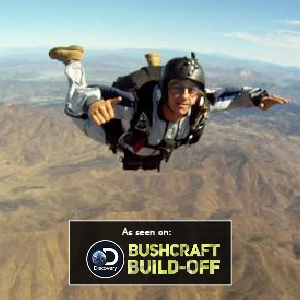 Joel brings an extremely extensive military and tactical background. Completing 355 missions as Naval Special Warfare EOD on Seal Team 2 & 4, which is arguably one of the most elite and highly trained bomb squads in the world. He has served tours in Iraq, Bahrain and Afghanistan, personally disarmed improvised explosive devices with minimal tools in some of the most austere environments in the world. He has provided secret service protection in multiple countries for President Bush, President Obama and VP Biden. Today, Joel leverages his tactical and combat experience to prepare civilians, military personnel and organizations for international and domestic threats. Training and consulting opportunities with Joel include: international traveler, SERE, active shooter preparedness, self defense and organizational security.

Joel’s bushcraft and survival skill set is as equally impressive. Following his retirement from special forces, Joel spent six months in a long-term survival program where he slept in the field for 5 months, living off the land and honing his craft.. Since a very young age, Joel has been hunting and fishing all over the country. He currently lives in Jacksonville, Florida and spends much of his time fishing on the coastal waters, gator hunting, building bows, and keeping his self reliance skills sharp. He also put up fierce competition in Discovery Channel’s Bushcraft Build-off and truly has a great love for teaching people of all ages the skills they need to survive!

Planning your trip to Jacksonville

Accommodations: Students are welcome to camp on the premises or elect to stay at a hotel. Commonwealth Avenue offers some of the closest, budget friendly hotels. For many of our multi-day classes, we encourage you to camp on-site if possible to get the full experience. We often hear, some of the best part of training are the stories Joel shares around the camp fire in the evenings. But, there is no judgment or obligation to stay on-site, you are welcome to stay at hotel with access to hot showers! Wherever you feel most comfortable during your training.

Are bathrooms available on site?

Port-a-potties are available on site

What are the sleeping accommodations on site?

If you are doing an overnight survival experience we invite and encourage to stay with us. We offer primitive shelters as well as opportunities to set up your own camp. One of the most popular sleep set ups is a hammock and bug net combo.

Are we responsible for food and water?

Yes, bring enough food and water for at least one day. At our Florida location you will have access to a primitive outdoor kitchen. There are also restaurants within a 15 minute drive

Will I have cell service?

Cell service can be spotty once we start navigating into the wilderness.

Should I tip my instructor?

Tipping is common in this industry, but please don’t feel pressured to do so. If you feel that your instructor has gone above and beyond to provide you a quality class and you would like to tip them, it will be greatly appreciated.

Cancellations may be made in writing to americansurvivalschool@gmail.com. Credits are provided based on the following:

If you do not cancel (we receive no written notification) and you do not show up, (no call/no show) there is no refund or course credit available. You must call or email ahead to cancel.

Do you offer group rates?

Yes! We love to serve families and large groups. We offer private event training which starts at $275/day for person 1 and $135/day for each additional person (four student minimum). We can negotiate more extensive discounts for groups of 6 or more.

If you have a group that would like to take a prescheduled class we offer discounts starting at $20/person and can increase based on group size. Please contact americansurvivalschool@gmail.com to inquire about any group discounts.

Are your events suitable for children?

Yes! We love to serve families and large groups. We offer private event training which starts at $250/day for person 1 and $100/day for each additional person. We can negotiate more extensive discounts for groups of 6 or more.

If you have a group that would like to take a prescheduled class we offer discounts starting at $20/person and can increase based on group size. Please contact americansurvivalschool@gmail.com to inquire about any group discounts.

Do you offer field trip and student events?

Yes! We love working with kids. Whether it’s a field trip for a 5th grade class who has just finished reading Hatchet, first graders on a nature walk, or a group of ROTC students who are looking to increase their wilderness skills we can tailor field trips to your goals and time frame. We also can provide a great venue for birthday parties, youth group events, scouts and clubs, and more! Contact us at americansurvivalschool@gmail.com.